The intrinsic shapes of galaxies are not random, but show coherent alignment with the local tidal field.

In the presence of intrinsic alignment, the estimated cosmic shear signal would be spuriously boosted up through the intrinsic-intrinsic correlation (II term) between two physically nearby source galaxies, or be diminished through the anticorrelation of the lensing-intrinsic interference (GI term) between pairs of source galaxies, the back one being sheared, the front one being tidally aligned under the effect of the same gravitational potential. Our inference on cosmologcal parameters from weak lensing thus depends on details of modeling intrinsic alignment, which is a key systematic to be controlled to reach precision cosmology at sub-precent level. 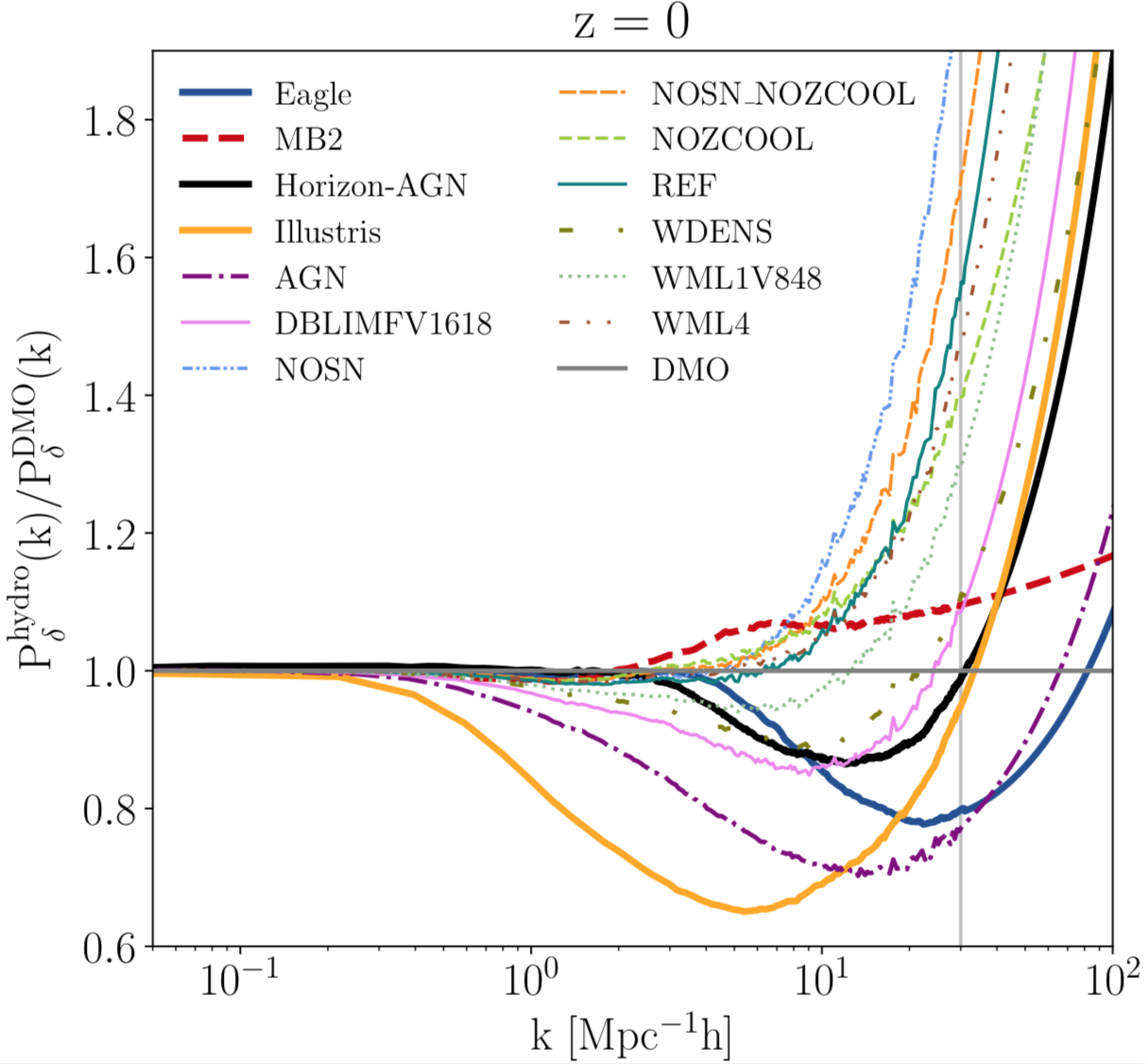 The growth and evolution of large scale structure (LSS) encodes information about cosmology. We measure shapes and positions of galaxies to trace the underlying matter distribution of our Universe, and infer cosmology by comparing the observed summary statistics with theories calibrated through dark-matter-only (DMO) simulations. But besides the gravity interaction, baryonic processes, such as gas cooling or feedbacks from stellar and black hole activities, would also cause significant changes in the distribution of matter, especially on small scale. For example, the left figure shows the power spectrum ratio between hydrodynamical and DMO simulations for various baryonic scenarios at redshift 0.