How does PCA work ?

Below are the procedures of applying the PCA technique to model baryonic effects on cosmic shear observables. 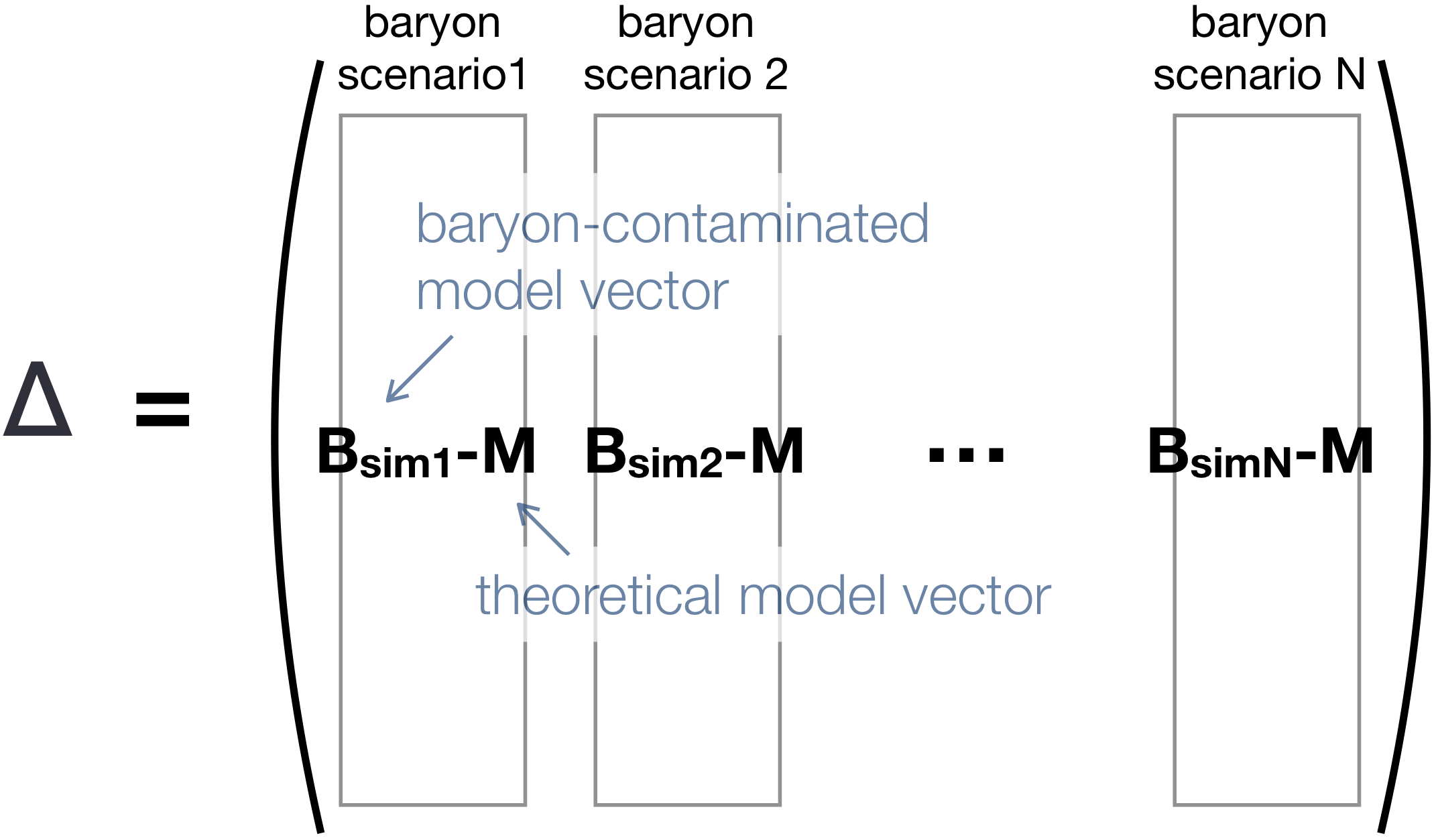 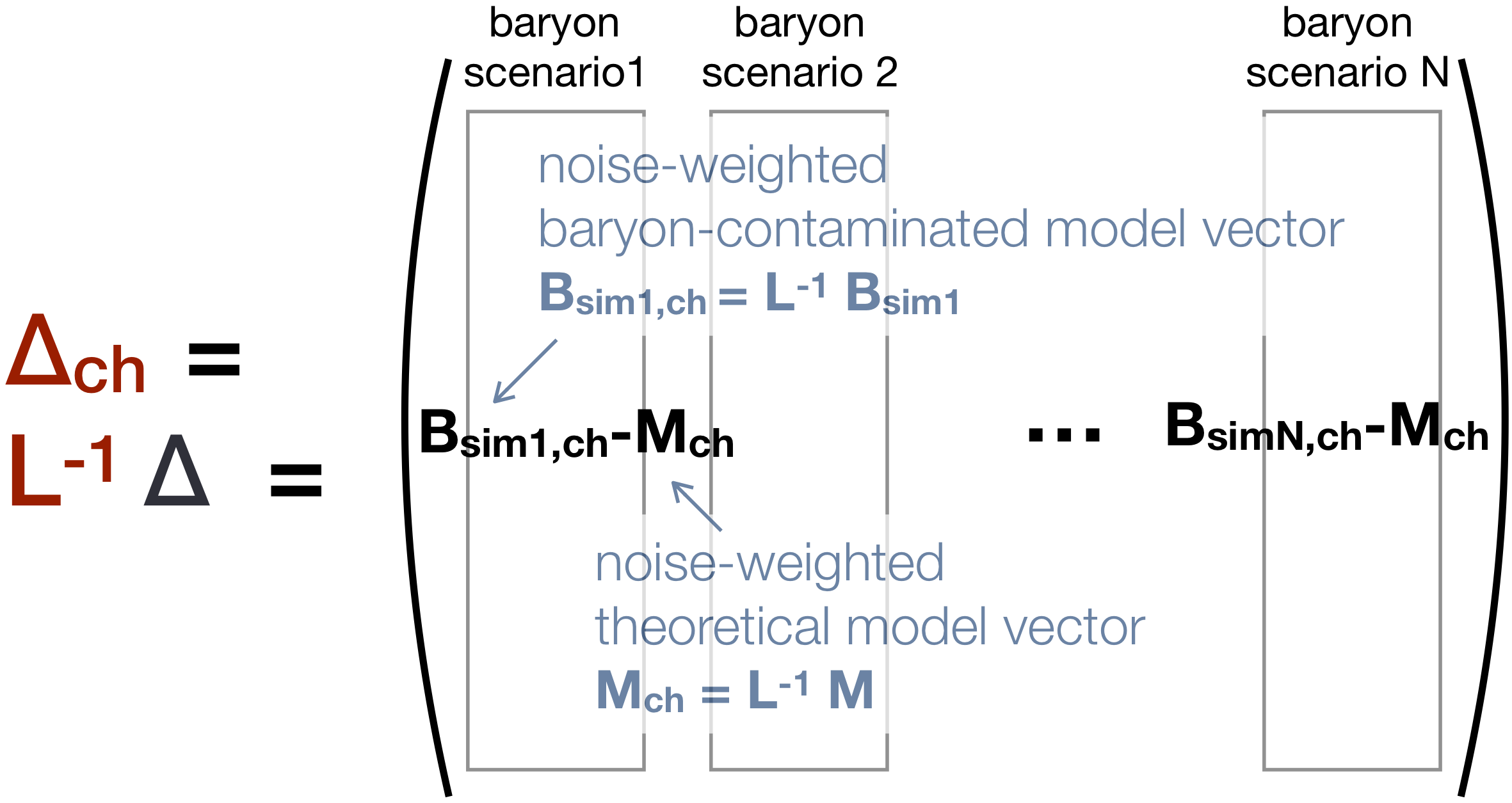 We weight the difference matrix Δ by the noise factor L-1. The L matrix can be view as the squire root of the covariance matrix C = L Lt.

We idenfy the PC basis set of Δch through the singular value decomposition (SVD) analysis. The first N PC modes can be used to efficiently span the baryonic fluctuations in each column of Δch, i.e. the Bsim x,ch-Mch vector.

We can construct models with baryonic features via

.
The cosmological dependence comes in through the DMO theoritical models M(pco), and the impact of baryons is characterized through the amplitudes of PC modes Qi. We have validated the flexibility of this parametrization in an LSST-like survey under several baryonic scenarios. 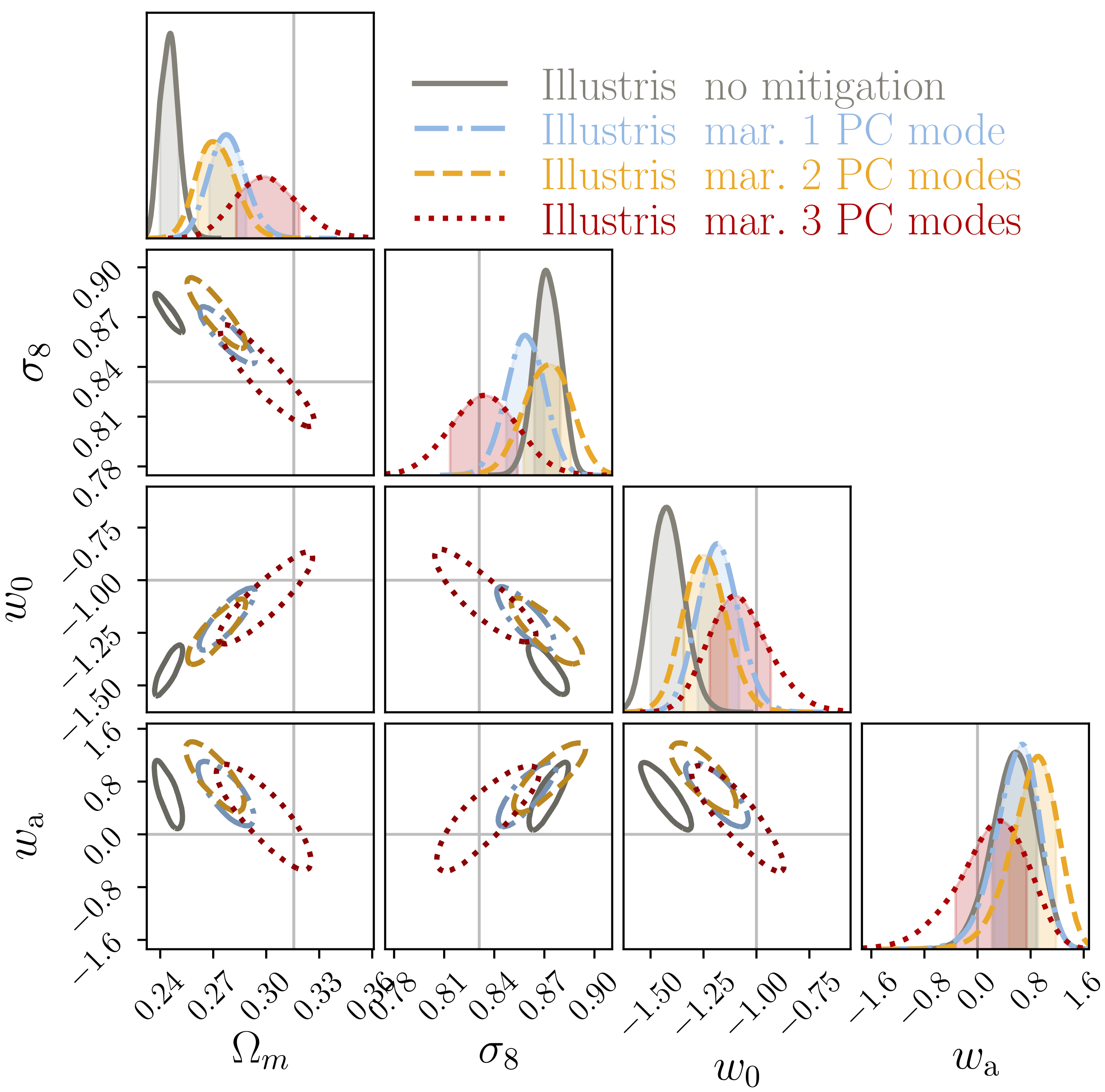 We demonstrate in the above figure the effectiveness of applying the PCA technique to mitigate baryonic effects if our Universe were like the Illustris simulation. The biases in cosmological parameters reduced after marginalizing over few PC modes.